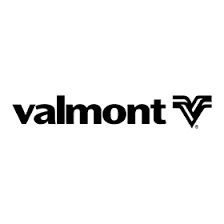 Valmont Industries reduced their scope 2 by approximately 10,000 metric tons in 2020

The Path to Drawdown: Irrigation and Smart Grid

Irrigating farmlands is energy intensive. Agriculture consumes 70% of the world’s freshwater and irrigation is essential for 40% of the world’s food production. Pumping and distributing all of that water requires lots of energy, and most forms of energy generation are sources of carbon emissions.

Flood irrigation, where water is allowed to run down the field by gravity, is the least efficient method. Drip and sprinkler methods are far more efficient, yielding water and GHG savings as high as 25% and 40%, respectively.

Project Drawdown projects that a rapid adoption of efficient irrigation techniques can lead to a wide reduction in GHG emissions:

Renewables like solar and wind are the promising alternatives to fossil fuel-based energy, and they’re quickly expanding their capacity worldwide. But to provide reliable clean energy to every household and organization, we need a smart power grid.

This centralized, one-way grid system is economically inefficient because consumers often can’t plan for the fluctuations in the price of electricity throughout the day. It’s vulnerable to blackouts when power lines break or when power stations can’t generate enough power to fulfil demand. It doesn’t easily integrate renewables like solar and wind power, whose electricity generation is intermittent.

The smart grid can overcome these weaknesses. By integrating sensors and software to the existing grid, it gives utilities and consumers the information they need to understand and quickly react to changes in the supply and demand of electricity. With smart meters, consumers can plan their electricity usage according to its price, lowering the cost of electricity to households and overall demand during critical periods. Through data and automation, the smart grid can integrate and optimize solar and wind generation, even with their intermittent nature. This also means power generation becomes decentralized and adaptable, reducing the likelihood of blackouts and price fluctuations.

Their Irrigation segment (p. 7) manufactures agricultural irrigation equipment, parts, services, tubular products, and advanced technology solutions for water management and precision agriculture. Their irrigation machine is powered by electricity and propels itself over a farm field and applies water and chemicals to crops through sprinklers. These machines can rotate in a circle or move linearly to irrigate square, rectangular, and irregular fields. This segment accounted for 22% of Valmont’s total revenue in 2020 (p. 25).

We are encouraged by Valmont’s proactive stance toward sustainability and climate change. They have an early track record of reducing their environmental and carbon footprint:

Further, Valmont has set down a number of sustainability targets (p. 18) to be achieved by 2025, with 2018 as their baseline year:

VMI: What We Want to See Improve

Transition Away from Gas Customers

Given that Valmont relies (p. 21) heavily on diesel, gas, fuel oil and natural gas for their operations and transportation, it’s doubtful that their effort to replace 100 fossil fuels-powered vehicles will make a significant dent in their direct GHG emissions. We nudge Valmont’s executives to set targets for further electrification of the company’s fleet, operations, and even reducing the carbon footprint of their supply chain.

Switch to a Clean Bank

Valmont has a credit agreement with JP Morgan Chase Bank (p. 36). JP Morgan is one of the largest funders of fossil fuel companies in the world. We press Valmont to seek credit arrangements with banks that have no ties to sectors that exacerbate climate change.

Other Irrigation Stocks in the Climate Index