What Is a Terawatt Hour (TWh)?

Home Sustainable Investing What Is a Terawatt Hour (TWh)?

A terawatt-hour (TWh) is a unit of energy that is equal to 10 raised to the power of 12 watt-hours.

Terawatt-hours are used in measuring quantities of electricity or heat produced.

It is commonly used for large amounts of electrical energy for easier understanding in a practical context.

For example, electricity consumption in the United States was said to reach a total of 3,802 terawatt-hours in the year 2020. A huge percentage of this consumption is contributed by the residential sector, followed by the commercial sector. Appliances used for heating and cooling accounts for this large share in residential electricity use.

Converting A Terawatt-Hour to Watt-Hours

Below are the equivalents of a TWh to some energy units. 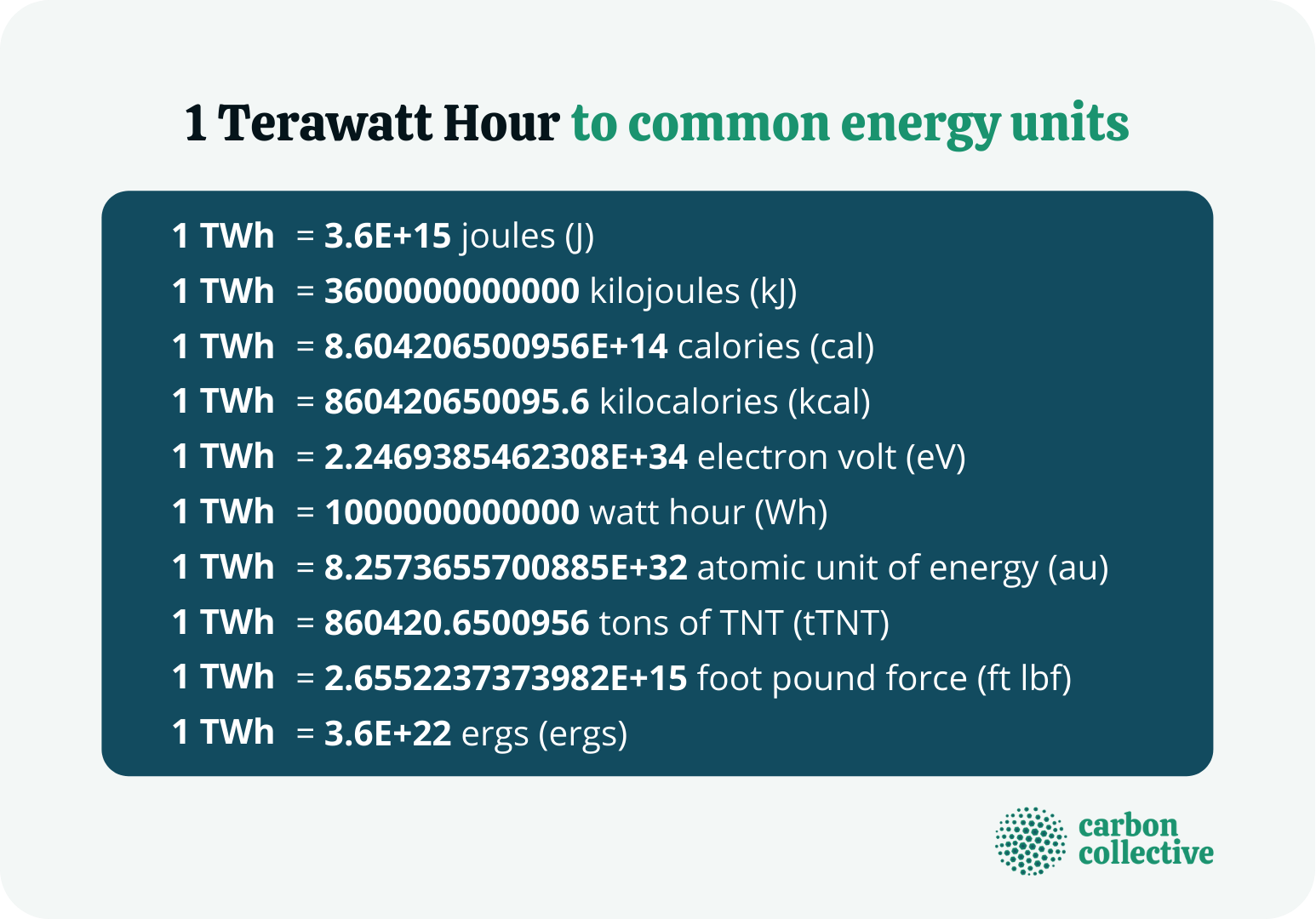 The terawatt-hour (TWh) is equal to 1 trillion watt-hours and is the amount of power generated by a one terawatt generator running for one hour.

2. What is a helpful comparison to imagine what one terawatt is?

Think of the amount of electricity used by an entire country. The energy consumption of all humans is said to be at approximately 17.7 terawatts and the U.S. shares about 17% of that figure.

A joule is a unit of energy that measures the work done by a force of one newton when it moves an object through a distance of one meter.

The watt (symbol: W) is the SI-derived unit of power. It is equivalent to 1 joule per second and is used to quantify the rate of energy transfer or generation or conversion.

5. What does kilowatt-hour mean?