What Is A Wind Farm?

A wind farm is a collection of wind turbines that function as a single electricity-generating power plant linked to the electrical grid. A wind farm often has more than three wind turbines.

Modern wind farms can produce hundreds of megawatts and can be built on land and offshore.

In contrast to the early use of wind energy for electricity generation when wind turbines could only be linked to a lower-voltage distribution system, modern wind farms are typically connected to the high-voltage transmission system.

As a result, wind farms must assist in preserving the power system's stability by contributing to the regulation of voltage, frequency, and reactive power demands in the power system and staying online during less significant grid outages.

Wind farms are constructed in regions where the wind is regularly known to be particularly strong. The wind turns the turbine blades.

The amount of electricity a wind farm can produce depends on two primary factors: the average wind speed in the farm area and the total number of turbines installed at the site.

Both of these factors affect how much electricity a wind turbine can generate. The following are the Short Term and Lon Term objectives of Wind Farms.

There are two main types of wind farms: onshore and offshore. 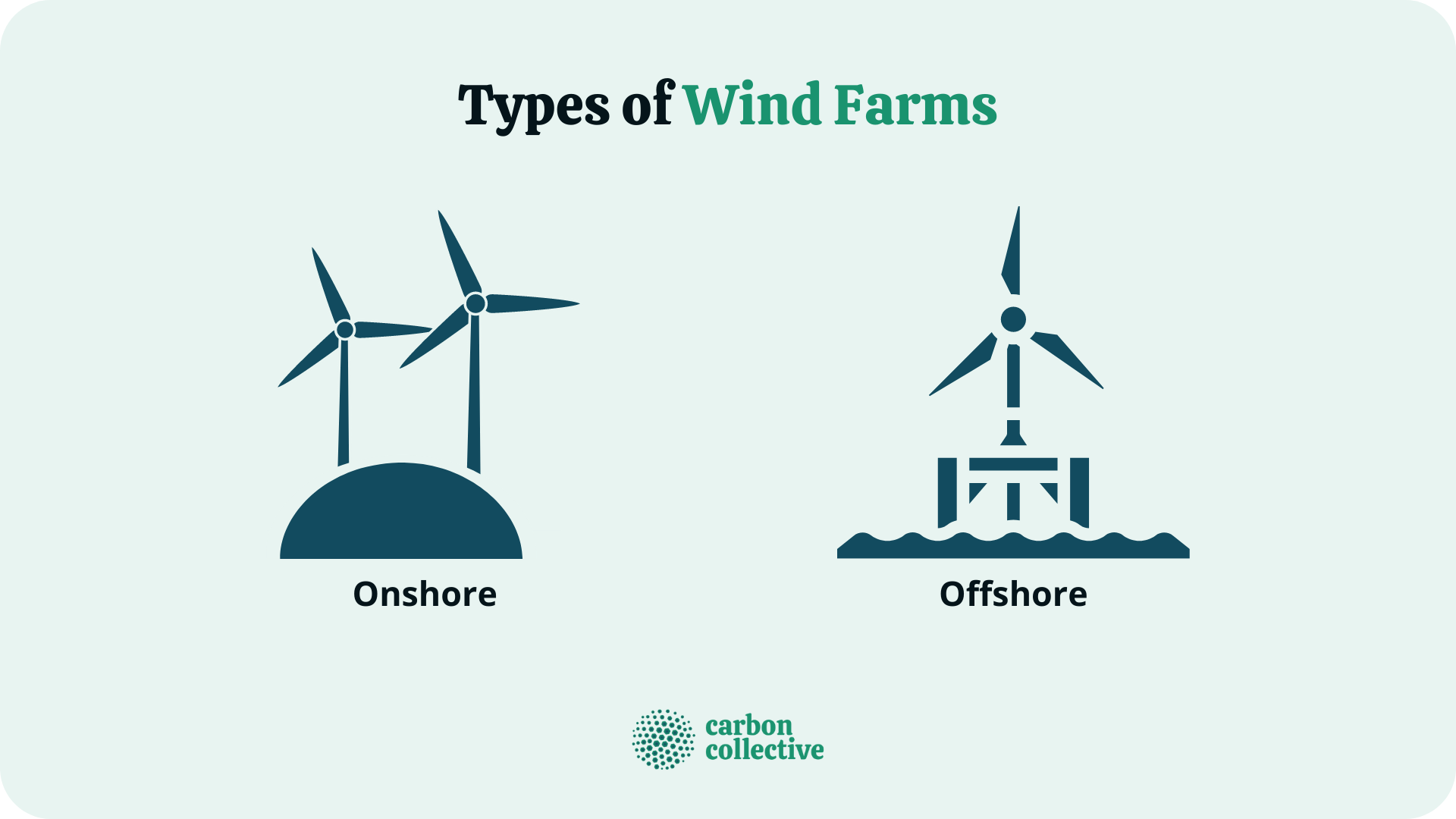 These types of wind farms are built on the land. Each turbine is mounted on a huge steel tube (called a "tower") that exposes it to the higher-speed wind. When the wind blows across the turbine, a set of blades rotate the axis.

Offshore wind farms are built in bodies of water, such as lakes, rivers, and oceans. The turbines are mounted on floating platforms or on towers that are anchored to the sea floor.

The offshore location exposes the turbines to stronger and more consistent winds, which results in a higher electricity-generating capacity.

However, they are more expensive than onshore wind farms due to the challenges of erecting them amid enormous bodies of water.

There are many advantages of wind farms. Some of the most notable benefits include:

Despite their many advantages, wind farms do have some challenges. Some of the most common challenges include:

The long-term objective of wind farms is to help reduce the greenhouse gas emissions contributing to climate change.

Wind farms have many advantages, including being cost-effective, clean, renewable, and sustainable. However, they have some challenges, such as being disruptive to local wildlife and generating noise pollution.

A wind farm is a power plant that uses wind turbines to generate electricity.

2. What are the objectives of wind farms?

The long-term objective of wind farms is to help reduce the greenhouse gas emissions contributing to climate change.

3. What are the types of wind farms?

There are two main types of wind farms: onshore and offshore.

4. What are the advantages of wind farms?

Some of the most notable advantages of wind farms include: that they are cost-effective, clean, renewable, and sustainable.

5. What are the challenges of wind farms?

Some of the challenges of wind farms include: that they can be disruptive to local wildlife and generate noise pollution.