The Z-score, sometimes referred to as the standard score, is a numerical measurement that is used in statistics to find a value’s relationship to the average of a group of values, measured in terms of standard deviation from the mean.

Put simply, it lets you see how far above or below the average a given value is on the distribution curve (below): 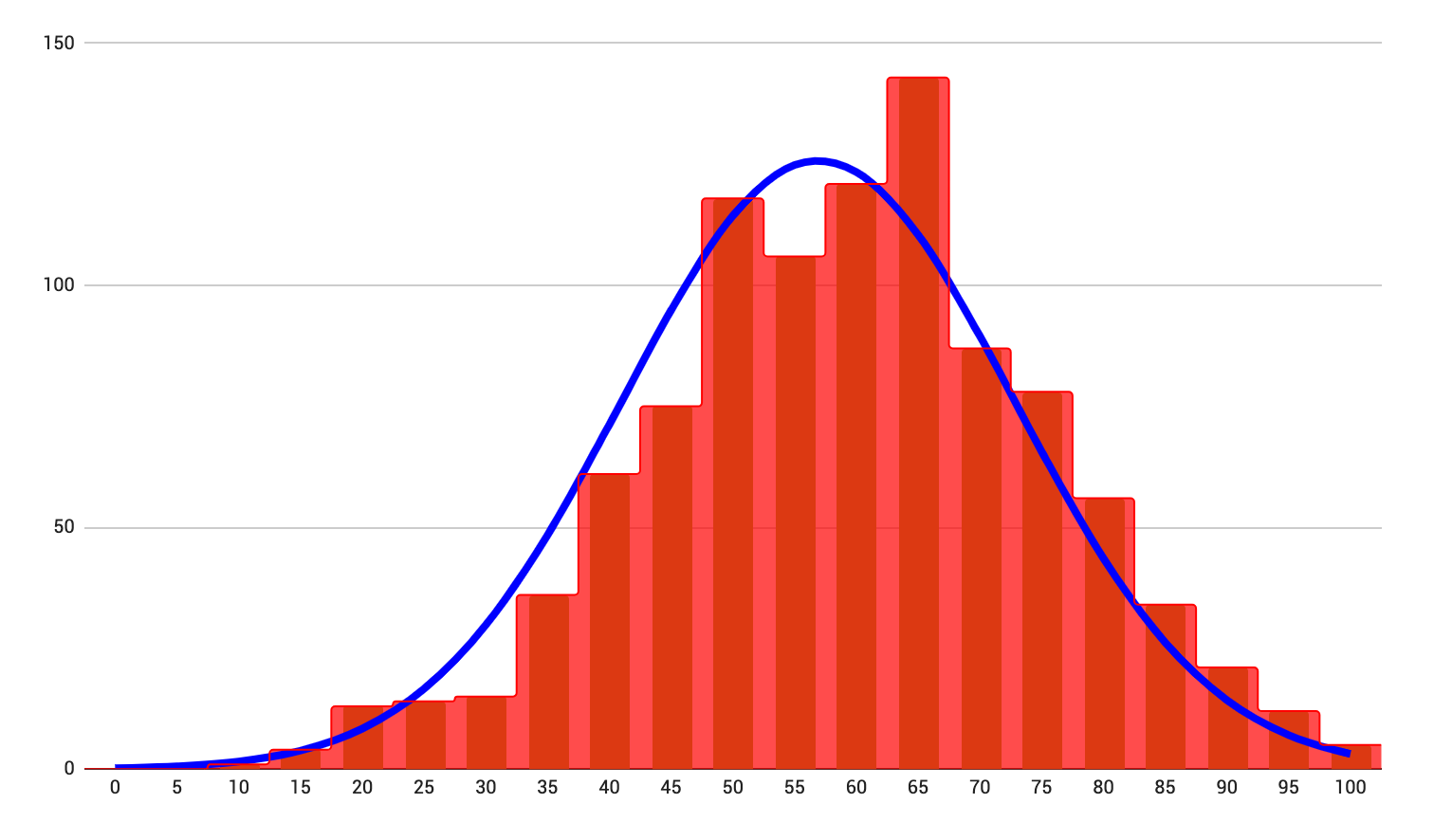 In business and finance, the Z-score is also used to predict how likely a company is to go bankrupt, and this method is called the Altman Z-score or AZ-score.

This method of assessing solvency was created by Edward Altman, an American finance expert who wanted to develop a formula that would assess companies’ financial stability.

Altman’s Z-score model is considered an effective way of determining the state of financial hardship experienced by an organization, using several values found in the company’s balance sheet. Altman’s concept of developing a formula for forecasting bankruptcy began during the Great Depression when a steep increase in default incidences was noted among businesses in the United States.

This scoring system was initially made for manufacturing companies with assets of at least $1 million. As a targeted model, the Z-score formula has since been changed to be compatible with other types of organizations.

While developing the Z-score model, Altman devised a weighting system together with other ratios. All in all, Altman came up with three unique Z-scores for various types of businesses. The first model, which was released in 1968, was intended for public manufacturing companies that had assets not lower than $1 million. This did not include private as well as non-manufacturing companies that were under $1 million.

Fifteen years later, Altman created two other models that applied to smaller private manufacturers. Model A Z-score was meant for private manufacturing companies specifically, while Model B was made for non-publicly traded companies. The 1983 Z-score models included more extensive systems and variables.

This is the formula for calculating the Z-score and it’s pretty self-explanatory. You subtract the mean from the total score and then divide that by the standard deviation.

What Altman did was calculate the Z-score by weighting several financial ratios and values from the company balance sheet and comparing the result to a graded scale. The Altman Z-score formula is:

The graded scale for the Altman score is:

A score under 1.8 indicates the company is likely to go bankrupt, while a score above 3 shows that the business is fiscally stable and unlikely to end up bankrupt within the same period.

Remember that this calculation does not apply to new companies since their earnings are expected to be minimal. Low earnings have a negative effect on most ratios considered in obtaining the Z-score.

As part of its fiscal health monitoring routine, JRS Kitchen Equipment would like to know its Z-score for the current year. Its figures include:

We can take these values and use them to work out the variables needed for the Altman Z-score formula:

Now let’s use our formula and calculate the Z-score:

In this case, JRS Kitchen Equipment’s would have an Altman Z-score of 5.405.

JRS Kitchen Equipment’s score is 5.405 which means the business is not anywhere near bankruptcy. The company is doing fine, as indicated by its above-3 rating. This also means investors and creditors have no reason to be concerned based on this metric, but of course, other indicators should be used to get a complete picture of the company’s fiscal state.

The Z-score takes multiple metrics into account, making it a crucial measure of a company’s financial strength. A lot of investors rely on it to evaluate a company’s solvency and make decisions regarding buying or selling an investment. A lower Z score is a sign that a company is slowly nearing bankruptcy, translating to higher risks.

In addition, the Z-score formula is not indicative of cash flows. For instance, even if a company were highly profitable, poor cash flow can keep it from settling its liabilities, requiring it to declare bankruptcy. Another issue with the Z-score is its vulnerability to misrepresented financials. Companies that are going through problems may be tempted to fake their numbers. In other words, the Z-score’s integrity is only as good as that of the data behind it.

Also, Z-scores can vary wildly from one quarter to another when one-time write-offs are recorded, hence affecting the final score. The biggest risk is when a company appears to be safe but turns out to be nearing bankruptcy.

Given its limits, the Z-score should only be used to determine relative financial health instead of being a predictor. Without a doubt, it’s a reliable way of checking economic health, but if the score hints at a problem, a more detailed investigation should be in order.

It is also important to keep in mind that Z scores are not meant to estimate when a business will likely go bankrupt. Instead, it simply helps determine how a company is likely to become insolvent. The model has received widespread criticism throughout the decades since it uses unexplained accounting data, yet it remains one of the most popular methods of measuring the financial health of companies.

You can use the Z-score calculator below to quickly assess your company’s likelihood of bankruptcy by entering the required numbers.

If you need to calculate the statistical Z-score of a data set you can also use the below calculator.

A Z-Score is a metric that measures the potential bankruptcy or insolvency of a company. This is used to find a value’s relationship to the average of a group of values, measured in terms of standard deviation from the mean.

2. How do you find the Z-score in finance?

The Z-score is found by subtracting the mean from the total score and then dividing that by the standard deviation. The formula is:

3. What is a good Z-score for a company?

A good Z-score for a company is anything above 3. This indicates the company is doing well and is not near bankruptcy. This also represents a company with a safe balance sheet.

5. How can a company improve its Z-score?

A company can improve the Z-score by increasing its profitability, reducing its liabilities, and improving its liquidity. This will make the company appear healthier to outsiders and may help with future financing.